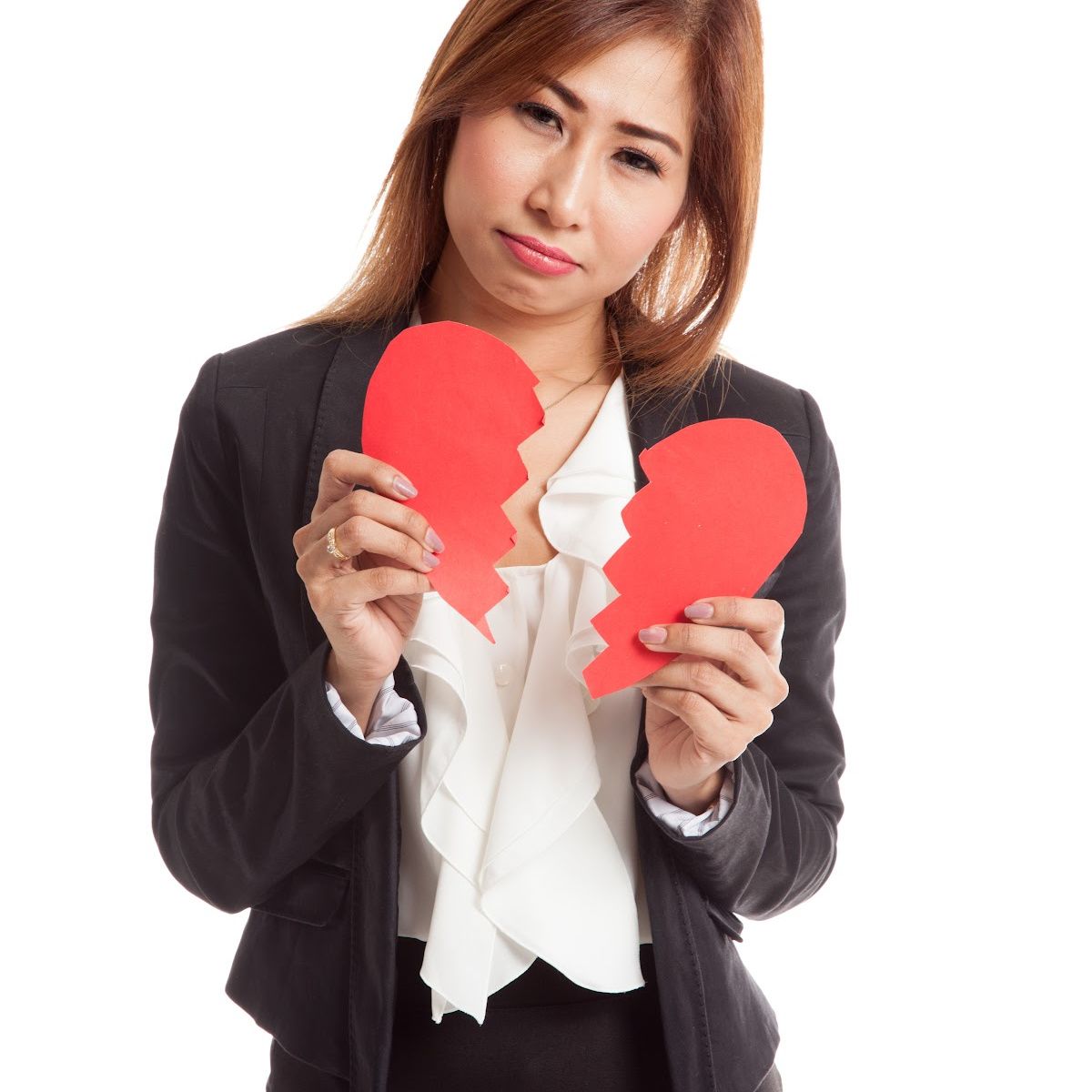 How Not To Handle Infidelity

Let’s face it, nobody gets married with the end goal of eventually getting divorced.  We all think that we are in the percentage of marriages that are actually going to make it, and we don’t need to think about the possibility or eventuality of getting a divorce.

In my case, I never suspected the possibility of a divorce, so when I finally uncovered the long-term double life of my husband, I was totally unprepared for the gamut of emotions that flooded over me like a raging tsunami.  Because my husband was a pilot as well as a military reservist, he was able to compartmentalize his life in such a way that I didn’t suspect his cheating activities. Sure, there were signs, but it’s only in hindsight that your vision is 20/20.

Now as I look back, and especially because I became a divorce mediator, I would change a lot of my assumptions, thinking, and behavior.  Of course, I was not the one who initiated the divorce, nor did I want it, even with all of the infidelity. But sadly, that was not my choice and at the end of the day my marriage was one more statistic. It’s my hope that you can glean some wisdom from my high-conflict divorce on what NOT to do in your own infidelity induced divorce.

Don’t beg them to stay.

This can be really hard for people, especially if you are opposed to divorce on religious grounds or even opposed to divorce in general.  The hard reality is that if one person wants a divorce, it will happen sooner or later.  When one person wants out, and the other one doesn’t, the more the one being left begs the one leaving to change their minds, the more contempt the one leaving has for the one being left.

You see, in order to leave someone who loves you, especially in the case of infidelity, the person leaving has to make up a narrative that supports their actions.  They begin to re-write history in order to justify why leaving their spouse is right for everyone involved.  The more the spouse being left tries to reason with the leaving spouse, the more the leaving spouse longs to go.

Reason is not what they are dealing with at the moment, it’s fantasy.  They believe the myth that the grass is greener on the other side and that’s where they are going no matter the cost. They are gripped in limerence unable to walk away from their new “soul mate.”

Here is my advice:  LET THEM GO.

Like in the parable of the prodigal son, the only thing that impacts the person leaving is for them to “come to their senses” after they experience the fruit of their choices.  No amount of begging, reasoning, guilting, or shaming will do the trick.

After my husband told me he wanted a divorce, instead of begging him to do marriage counseling, I should have given him some brochures for local apartments and asked him when he wanted to move out.  I wish I had been able to operate from a position of strength rather than of desperation.  Desperation feeds contempt, strength starves it.

This goes hand in hand with begging them to stay.  When one person wants out of a marriage against the will of the other person, more is at play than what meets the eye. I do a lot of mediation sessions, and divorces that are mutual have been processed and declared dead by both parties.  These are the easiest mediations to do; both parties are ready to attend to the business of separating their lives and for the most part, have begun to move past their emotions.

The people that are the hardest to mediate with are the ones who are having to do the business of the divorce but have not yet processed it.  In most of these cases, there is some kind of infidelity, betrayal,  or mental illness that is motivating one party to divorce the other.  In these cases, the person being left behind is unable to comprehend the mind of the other person.  They get stuck in obsessive thinking, analyzing every word, gesture and nuance.

Many times, the person being left receives a message of rejection and begins to obsess over their past history together and where things went wrong. Here is the truth:  Every marriage is marred; every person in a marriage is broken in some way.  But the partner who ups and leaves with no counseling and no communication is the one responsible for breaking the marriage.  Like my sister says:  every marriage deserves a concerted effort at marriage counseling for at least six months. If you are unhappy in your marriage seek counseling; your marriage deserves it and so, do your children.

The person who recognizes their brokenness and seeks to keep the marriage together even at a significant cost to themselves is not to blame for the death of their marriage.

If possible, (and I know that this is so, so hard) try not to take their behavior personally.  That’s ridiculous I know, because a marriage and family are the most personal things about a person’s life. But what I mean is this: they aren’t leaving you, they are leaving the marriage.  For whatever reason, whether because of the affair fog they are in, or the addiction that grips them, they believe that changing their scenery is the answer to all their unhappiness.

One of the best things my pastor ever said to me was, “Paula, he would have left whatever woman he was married to.  This isn’t about you.”  Of course, I can see that now, and I desperately wish that I could have recognized that truth so much sooner.

Don’t throw your pearls before swine.

This is a popular idiom that simply means: don’t give or share anything of value to people who won’t appreciate it.  And this includes your heart and your pain.  One of my biggest mistakes was expecting friends, acquaintance’s, and shockingly, my immediate family to comprehend and validate my outrage.  Unfortunately for me, I ran into several responses that actually wounded me even further.  My naïve expectations led me to believe that infidelity was uniformly condemned by the population at large.  But sadly, I was deeply disappointed and hurt by some of my close friends, family and church leaders.  Here are some examples:

-my own father responded with “you need to be gentle with him” when I told him of my husband’s three- year double life.  It was crushing to have a person that is supposed to be your defender actually take the side of your betrayer.  When my sons refused to accept their father’s infidelity, my husband emailed my father to see if my father could influence them.  I would never have known about this correspondence except that my sister told me about the request.  My father didn’t want to tell me himself, so as to keep himself in good graces with my husband.  It felt like a hideous betrayal all over again.

-a friend of mine, who was divorced due to similar circumstances, asked me with heated intensity, “but what did you do to drive him to it?”  To say I was flabbergasted is an understatement; I was devastated by such an accusation.  After I discovered my husband’s affair on Halloween, I offered counseling and forgiveness in an attempt to keep my family together. For two months, I struggled to keep his betrayal to myself, trying to protect him from the consequences of his actions, hoping that if we were able to get past his infidelity, he wouldn’t have to endure the exposure of his choices.  Ultimately, right after Christmas, he chose his affair partner over his family, and served me divorce papers at church during a staff meeting.  To have someone re-victimize me with the question, “What did you do to drive him to it?” was incomprehensible.

-a church leader, after hearing about my husband’s double life and infidelity, glibly responded, “well now you have to forgive him.”  My divorce wasn’t anywhere near being finalized, I was six months post “bomb drop” and here was someone spouting the most Christianized, simplistic, ridiculous advice you could give to someone who has been wounded by years-long deception.  I was sick to my stomach after my conversation with him.  To think this was a response from a leader in the church, who was supposed to shepherd and protect the flock, was nauseating to me.

Ultimately, I have moved on from the pain, confusion and grief of my husband’s infidelity.  It has left lasting scars on both me and my children, but I comfort myself with the knowledge that I can be a resource for other people going through what I went through.  Infidelity, like all life experiences, can leave you bitter or better, and I choose better.